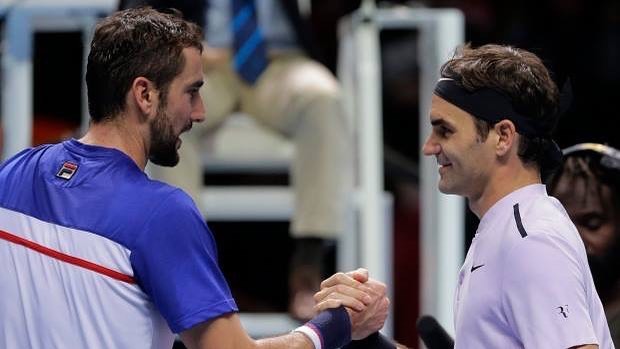 In a rematch of this year’s Wimbledon final, Roger Federer came out on top again.
The second-ranked Swiss lost the first set Thursday but still managed to beat Marin Cilic 6-7 (5), 6-4, 6-1 at the ATP Finals in London. Federer had already advanced to the semifinals at the season-ending tournament by winning his opening two matches at the O2 Arena, while Cilic had already been eliminated. In the late match, Jack Sock will face Alexander Zverev for another spot in the semifinals.